'The River and the Burial Ground' - Reviews

''...classic British songwriting at its best; a noir-ish feel but also enchanting and beguiling in equal measures. Love, loss, life and death are themes that are covered, but there are healthy slices of wit and celebration mixed in too.''

''The arrangements and production are top-notch... I don't think I've heard a better put together album in years.''

''Tempo and moods vary, and there really is something for most discerning listeners here. From the Beach Boys-esque 'Sunburn', to the Lynne/Petty referencing 'Satellite'. The title track sounds like it could've soundtracked a Sergio Leone western; its rolling, insistent blues highlighting some really strong guitar work. I have no doubt that repeated listens will yield more surprises, oh - and on headphones...just wonderful.''

''There is space and ambience in the music and the instrumentation and effects are subtle and timed to perfection.....crisp guitar sounds giving the back bone to most tracks, and accompanying piano, with some beautiful tones. There are many subtle orchestral sounds that fit just like jigsaw puzzle pieces. Some surprise lead guitar breaks. The vocals sit right where they should.''

''...there is some very clever gear changing going on.... and the story telling that makes these songs distinctive. You could stand on a west end stage to deliver one of these and not feel out of place.''

''Shades of Tom Waits/Ray Davies/Costello and traditional British storytelling. Every song is unique and takes you to a different place.''

''What a hidden treasure this album is.'' 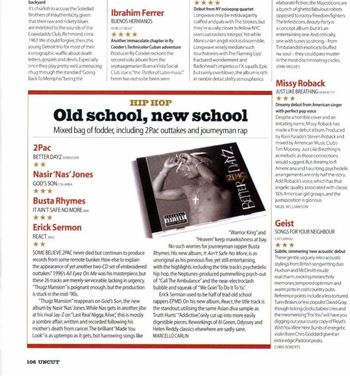 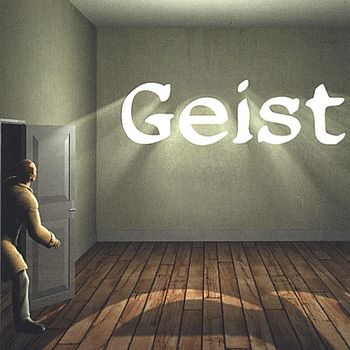 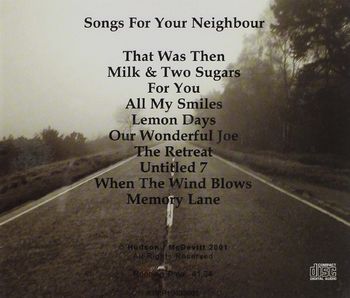 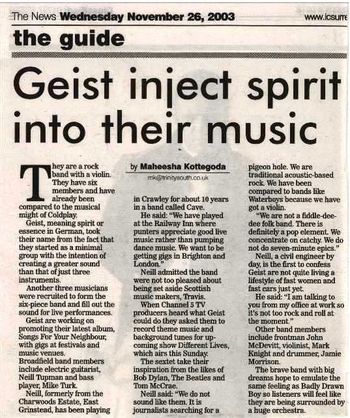 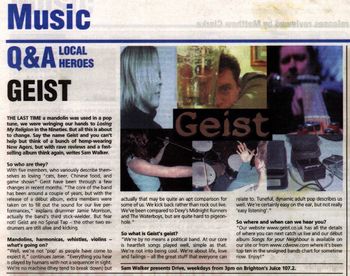 'Father Christmas' - Review from Pete Teo. If you're not familiar with Pete, I recommend both his albums very highly.

“I don't mean to sound sappy although I am told it is a condition that comes with age. One of the benefits of having led a life on the indie road, metaphorically and literally, is that I have had the good fortune to meet many artists from all over the world. Some were eminently forgettable of course and were indeed soon forgotten. Yet others left an indelible mark and demand attention even years later. The latter make the journey special for me. Fact is, for every well-known musician there exist hundreds of others who are equally gifted but somehow fell through the crack. The history of the music industry is littered with these. They make gorgeous, even brilliant, music for a while, then the vagaries of life means they have to stop making music and deal with the mortgage, or perhaps the car, or simply to do something else to regain a measure of self-respect after suffering years of running to stand still. Most move on and never even so much as mention music again. Then there are those who persist and soldier on regardless of the odds. They turn and weave through the years, dodging the crap and pushing on with a sense of destiny - never once forgetting the call that they'd heard since small - to make beauty with music. I love these. They are the real special ones. One of my favourite records in my touring years is "Songs For Your Neighbour" - made by a UK band by the name of Geist. It used to be in my cans when I travelled from one live venue in Japan to another. Driven by great songwriting and the husky everyman voice of its lead singer Jon McDevitt, their work brought honesty and grounded-ness to me at a time when it was all too easy to believe in my own bullshit (or the media's). It's unpretentious, clear-minded, unaffected and rooted in a tradition of British folk music that I love. You could say I wish I could do what they did. I was certain they would become the next big thing. They didn't. If only the music business is about gift alone. It's not and never was. But through an accident of online sales chart happenstance, Jon and I got to know each other and have kept in touch ever since. Over the years, I had fleeting glimpses of how his life has unfolded through our correspondence - the pride, dignity, struggles and disappointments - and yet the flame kept burning. It is not difficult to feel respect for this man. He is one of the special ones. A few weeks ago I heard that he will release a Christmas single this year. It was exciting news for an erstwhile fan. I made a note to use this new release to introduce Jon to you degenerates. So here it is - the same husky voice, homemade production, honesty, directness, sing-ability, humour, quintessential Britishness that used to accompany me between tour venues in Japan. In an age where cool has lost its meaning, the lack of "cool" affectations is cool. The same as it was a decade ago. I'll be having it on my Xmas playlist for sure. www.peteteo.com” - Pete Teo

Another one, from some bloke. It was also played on Chris Hawkins show on BBC6 Music and various other stations, and in some shops, apparently.

“Having achieved minor success with his former band, Geist, and also having written the theme tune to Channel 5’s ‘A Different Life’, Jon McDevitt is now pursuing his own path in the music industry with his alternative take on a festive anthem, ‘Father Christmas’. Whilst we often get fed up of the same old Christmas songs every year, appearing on the radio earlier and earlier it seems, Jon McDevitt is bringing something new to the table and it might just turn out to be your new favourite festive tune. Yes, there are jingling bells during the chorus, as you would expect from any Christmas song, but on the whole, McDevitt’s style is much more refreshing and original taking on a unequivocally folky vibe. Simple strummed chords combine with a wandering electric guitar melody and an emotive string section to give the song a definite wintery-warmth, whilst the fiddle break half way through conjures images of festive dance-inducing get togethers. Lyrically, ‘Father Christmas’ attempts to address the real meaning of Christmas by highlighting what most people get lost in during the festive period. McDevitt sings ‘The list of desires shouted so loud, The flexing of the muscle‘ quite clearly referencing how commercialised Christmas has become. However, Mcdevitt is keen to leave the meaning of the song up to listener’s interpretations. Perhaps the best thing about ‘Father Christmas’ is how it avoids the cliche of the typical Christmas song but really making people think about its meaning and thus helping them understand what Christmas is truly about. In my opinion, the best art is the art that invokes thoughtful consideration and so Jon McDevitt’s ‘Father Christmas’ is a must listen this for this year’s festive period.  ”

— On The Spot Music